What is a limit switch? Limit switches come in many forms and functions but at their most basic definition, they are an electromechanical switch that operates based on the movement or presence of an object. While it is not an electrical switch, your toilet float valve is quite similar to a limit switch. The water in the tank fills and raises the float, and at a certain point, the float raises high enough to stop the flow of water. A limit switch is the electrical version of your toilet float.

This would be most like what we call a “Position Limit Switch”, as shown below: 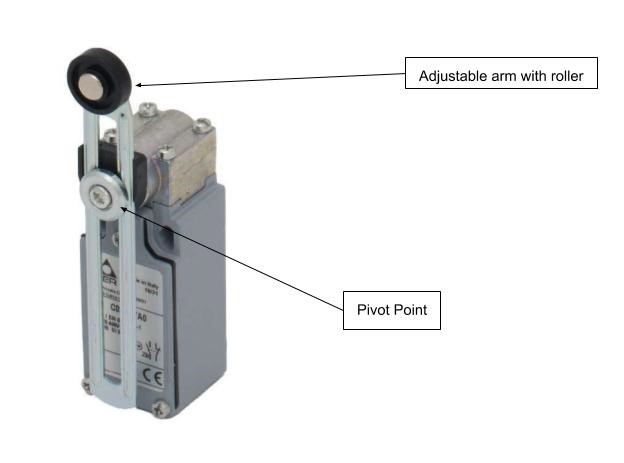 What is a Limit Switch Used For? 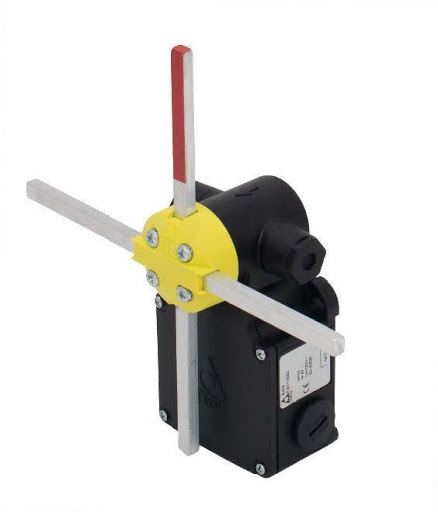 Let’s say you have a motorized roll-up door and would like to have it automatically stop when the door is fully opened. You could mount a position limit switch similar to the above. The adjustable arm with a roller is mounted to a pivot point that is connected to a switch. As the door raises to its highest point, a tab on the door presses on the roller and causes it to rotate. The rotation of the arm activates a switch and shut off the motor.

There are many ways to actuate the switch. You could use a button or plunger, instead of a rotating arm. For example, if you have a dump truck and you would like to ensure the bed is in the down position before the truck drives away, you could use a position limit switch with a button actuator, so when the bed is fully down the button is pressed in. When this button is pressed, the switch closes indicating to the driver (via a light or alarm) that the bed is down and it is safe to drive.

Another slightly more complicated example would be a windmill limit switch which allows it to operate in two different directions and have multiple positions and switches.

These switches can rotate in multiple directions and have series of switches inside that open or close as they rotate: 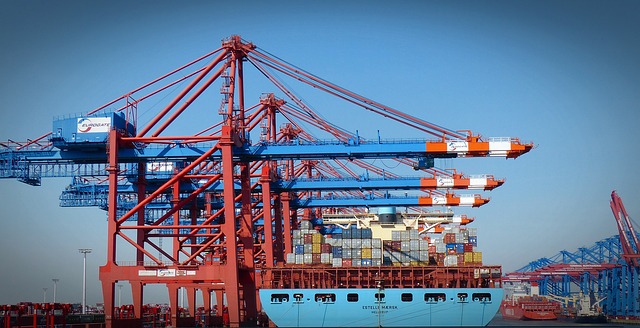 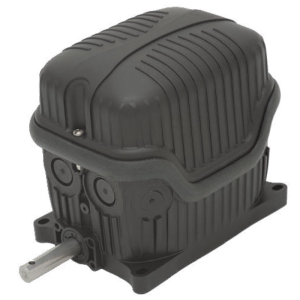 If you would like the motor to stop after a set number of shaft rotations, a rotary gear limit switch can be used. The shaft on the switch is attached to a motor (usually indirectly via sprockets or gears) so the limit switch shaft turns as the motor turns. Inside the switch are gears, and a series of cams. The gear ratios inside the switch are chosen based on the desired number of motor rotations. As the motor (and switch) shaft turns cams inside the switch body turn as well, and when the desired number of rotations is reached, the cam presses down the lever of an electromechanical switch. Rotary gear limit switches are very commonly used for overhead roll-up doors, boat lifts, and wind turbines. In windmills, they are used to prevent the free rotation of the nacelle. You want the nacelle to be able to turn so you can always have the turbine facing the wind direction to generate the most power. However, you want to limit the rotations to no more than 360degrees to avoid twisting cables. You don’t even need direct contact with the part in motion to use a limit switch.

Reed switches detect the presence of magnetic fields and can be used to indicate proximity to a magnet. So you can mount a magnet to a device and use a reed switch to detect when the magnet reaches a set position.

Proximity switches use a magnetic field and detect disruptions in that field usually caused by the presence of metal to indicate when a piece of metal is in the desired position.

Limit switches come in so many shapes and forms, it would be difficult to cover them all here, but I hope we’ve given you a bit better understanding of them and how they can be used in many types of applications. They are all around us and we rarely think about them.